Being a Mizrahi Jew on Social Media 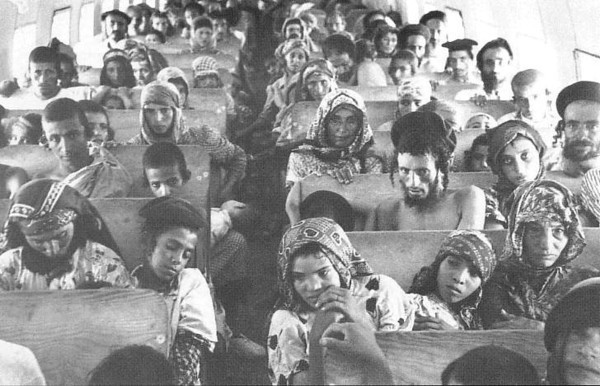 During COVID-19 self-isolation, like many others, I’ve been spending hours a day on social media. In particular, I’ve thoroughly explored the social media app TikTok — an app that has exploded in popularity in the last year.

The app, which continuously streams curated 15 second to one-minute-long videos based on user interests, has a sizable Jewish user base. The hashtag #jewishtiktok has over 16 million views. While many of the short videos I have viewed have featured nothing but positive content — including Jewish families preparing for Shabbat, educational content highlighting Jews from different parts of the world, and challah-making tutorials — I have also encountered a number of heinously anti-Zionist and antisemitic videos. These defamatory segments perpetuate a narrative that I have seen countless times on social media: that Jews are land thieves, colonists, and white supremacists.

Here’s where the problem most noticeably manifests: Typically, when a Mizrahi Jew (a Jew with ancestral and ethnic links to the Middle East and North Africa) exhibits pride in their culture, the comments are flooded with users claiming that this culture is “stolen.” Oftentimes, when Israelis create videos that highlight Arabic-influenced music or dances, commenters claim that Arab influence in Israel does not exist and the creator of the video is a “colonizer.” This sentiment promotes the erasure of Arab citizens in Israel and also distinctly Mizrahi Jewish culture and music.

This phenomenon is troubling, as the music, food, dress, and culture of the Arab world was profoundly shaped and developed by Jews who resided in it for thousands of years before their ethnic cleansing in the 1940s-60s. [1] Once I noticed this increasingly common phenomenon on TikTok, I attempted to converse with some of these commenters who would erase history and separate Jews from the very culture they helped create.

This only revealed some users’ profound ignorance. In one incident, a commenter berated a (Mizrahi) Jewish creator for posting a video that featured a Hebrew song performed in an Arabic style, as well as a sudra — a traditional headdress worn by Mizrahi Jews. Nothing in the video was surprising in the least to me, as Hebrew-Arabic fusion is an art form that I know quite well, having grown up in a household that speaks Judeo-Arabic. But, that’s precisely why the ensuing comments alleging some kind of malicious culture theft on the part of the video’s creator were so disturbing. Arab culture is integral to the Mizrahi Jewish lifestyle, so how can I — as a Mizrahi Jew — steal my own culture? I tried to engage with a commenter, explaining that these were all elements of Mizrahi Jewish culture, and that I was puzzled by these allegations of cultural theft. I was told that if I wasn’t Levantine, I had no claim to elements of Arab culture, including Arabic music and dabkeh (a native Levantine folk dance, historically practiced by Jews and non-Jews alike throughout the MENA region). I responded to the commenter asking if they wanted to see a copy of my 23andMe DNA report which confirms that I am, in fact, of Levantine ancestry — I was met with no response to this.

In another exchange, when I tried to educate a commenter on the Israeli links to Arab culture by explaining that my family had fled to Israel after widespread ethnic cleansing in the Arab world, she responded with “no one cares” and a laughing emoji. Not only was it ironic that this commenter who purported to be such a staunch defender of Palestinian human rights entirely disregarded the human rights of Jews from the Arab world, but also, her profile revealed she was from Iraq — the very nation my own Jewish family was expelled from.

Most, if not all, of these claims stem from a lack of education and the consistent spread of misinformation. So, let’s break down the most common ones:

Likely, in the eyes of many social media users, all Jews are Ashkenazi, and all Israelis are European immigrants. Perhaps this is because many social media users who I interact with are North American, and the Ashkenazi population vastly outnumbers the Sephardi and Mizrahi populations in North America. In their eyes, Europeans have no place in the Middle East, even though all Jews’ ancestral homeland is the land of Israel.

Furthermore, Mizrahi Jews have been an intrinsic part of the Middle East and North Africa for millenia. [2] For example, in the poetic literature of Israel, there are various references to Jewish life throughout what is now the modern-day Arab world. Want proof? We need not look further than the many Jews in the Ottoman Empire who prospered culturally and contributed significantly to trade and industry. [3]

It is not only disingenuous, but factually inaccurate, to claim that Jews “stole” Arab culture. The hundreds of thousands of Jews who lived throughout the Middle East and North Africa were as much a part of that region’s culture as any other citizen, and contributed greatly to commerce, trade, and cultural development throughout the Arab World.

One only has to look at very basic Mizrahi Jewish history to understand that this inflammatory and politically-charged claim is false.

Despite thousands of years of Jewish contributions throughout the Arab world, during the 20th century, over 850,000 Mizrahi and Sephardi Jews fled or were expelled from Arab and Muslim countries. [4] During this time, most countries were hesitant to absorb Jewish refugees. However, the newly formed Jewish state made it a mission to assist the victims of these ethnic cleansing campaigns. Various Israeli operations spurned the rescue of Mizrahi refugees following the loss of their homes and livelihoods that they spent thousands of years building.

When these Jews arrived in Israel, they maintained their customs and cultural traditions, including recipes, their native languages, and their religious customs, all with a distinct fusion of Arab and Jewish elements. Simply put, Arab influences within Israeli Jewish culture do not come from colonization or through theft; it is simply the native culture of the hundreds of thousands of Jews who emigrated to Israel from the MENA region.

In fact, due to the anti-Jewish actions of Arab governments, Sephardi and Mizrahi Jews and their descendants comprise a sizeable portion of Israel’s population. [5]

I have even encountered the canard that Israelis are “white supremacists.” No matter if they are Mizrahi, Sephardi, or Ashkenazi, to employ such venom to describe Jews is to obscure the tragic reality that Jews have been (and are) murdered in some cases due to a perceived lack of “whiteness.”

It’s quite revealing that these comments often come from those who espouse the importance of diversity and cultural preservation of people of colour and minority populations. Seemingly, this does not apply to Jews of colour on social media.

Overall, while many of these claims on social media arise due to a lack of education, many are circulated malevolently. There is no shortage of social media users who will continue to assault Mizrahi culture, no matter how often they are confronted with historical facts. With this in mind, it is imperative that we share accurate information.

We owe it to the Mizrahi Jews who were forcibly expelled from the MENA region to fight against those who wish to strip them of their own culture. Use your voice to educate other users — even if they push back, you are doing a great service to Mizrahi Jews and their descendants by ensuring that their rich cultural heritage is acknowledged.