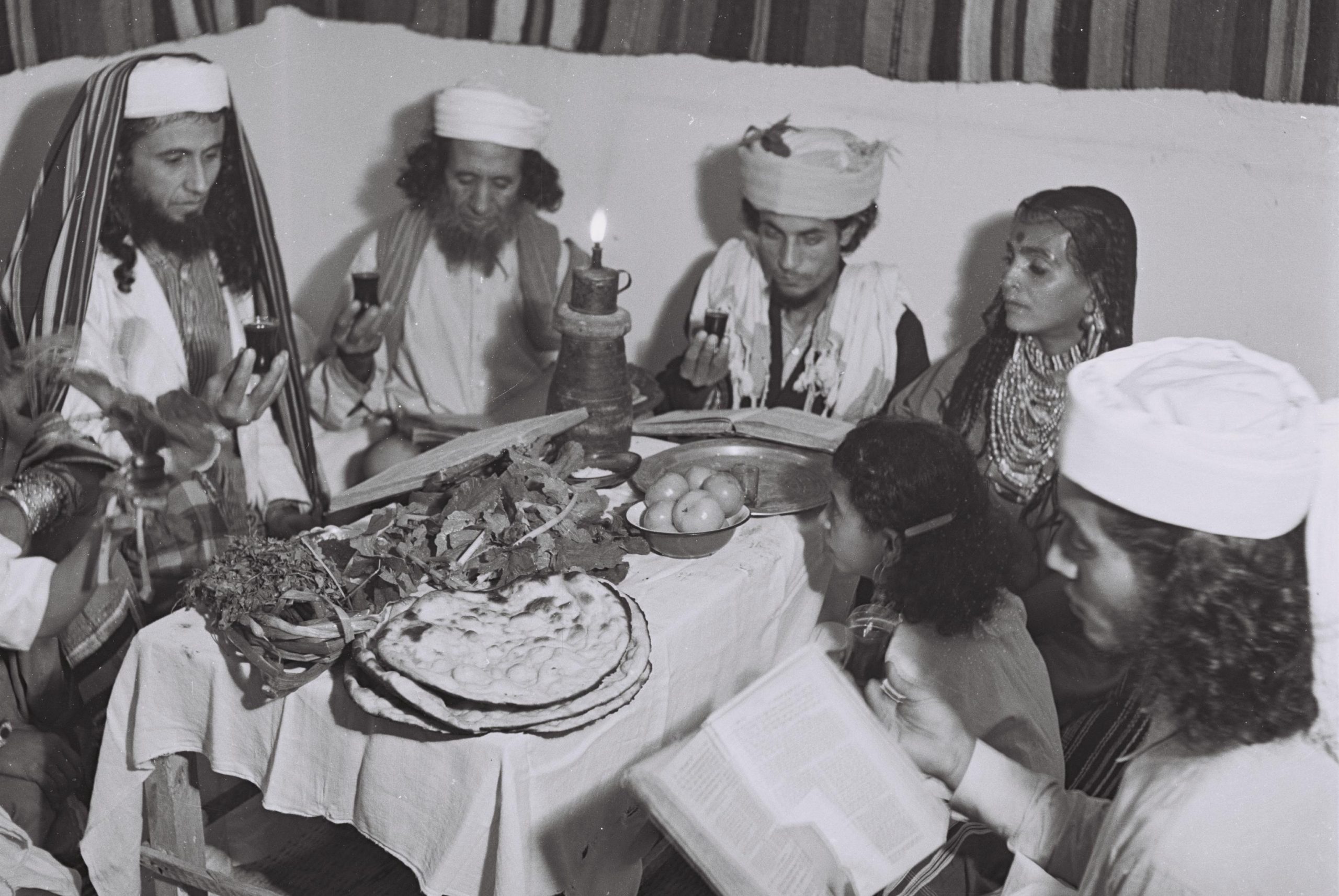 November was Mizrahi Heritage Month. In honor of this, the John Jay Hillel, Students Without Borders, International Criminal Justice Club, and the Student Council partnered together with CAMERA on Campus to host a screening of the documentary The Forgotten Refugees. There were a total of 35 attendees at the Zoom-held event.

Many, especially college students, are unaware of the richness of Jewish diversity.  For example, the Mizrahi community – Jews from the Middle East and North Africa – can trace their heritage to nations as diverse as Morocco, Algeria, Tunisia, Libya, Egypt, Yemen, Jordan, Lebanon, Iraq and Syria.

Throughout the 2,700 years that Jews resided in what is now the Arab world, they were second-class citizens. This is evidenced by the discriminatory laws they were subjected to and the unique garments they were forced to wear.

The event combined the film screening with a Q&A session featuring Carole Basri. Basri is of Iraqi-Jewish descent and still has strong ties to Iraq, even after the persecution that her family has experienced. Basri is a lawyer, a professor, and a filmmaker. She was the executive producer of a trilogy highlighting Iraqi Jews and their history, and was a commentator for MSNBC, FOX, CNN, Al Iraqiya TV, and PBS. She has spoken about topics ranging from Iraqi elections to Saddam Hussein’s trial.

The aforementioned film is a documentary about Mizrahi Jewish refugees and the persecution that they experienced. Accordingly, the event’s focus was to raise awareness of the violent oppression that Jews faced across the Arab and Muslim world.

This goal is vital because many are woefully unaware that nearly one million Jews lived throughout the Middle East and North Africa before the mid-20th century. Now, there are close to  3-4,000 Jews living in these lands total. Some of these countries host a handful of Jews, while others are completely judenrein.

Throughout the event, participants asked Basri questions. At one point, an attendee asked about the exile of Jews from the Arab world, including when it started and when it reached its worst episodes. In response, Basri noted that “Iraq was one of the first countries to expel its Jews, under color, I call it under color of law…because it really goes against international human rights and the UN Charter and human rights, which was passed before this ever happened.”

“Color of law” is a term that denotes local or federal government agency-approved exercise of power. This means that the persecution that Mizrahi Jews faced was supported and instigated by governments.

In addition, Basri discussed Nazism’s negative influence throughout these lands. During the 1930s, Iraqi prime minister Rashid ‘Ali al-Kailani formed a pro-German party, drawing inspiration from the Grand Mufti of Jerusalem, Haj Amin Al Husseini, who collaborated with the Nazi regime to persecute Jews in the Levant. Hitler’s ideology was exported to Iraq and, just like Germany, laws were implemented to persecute the Jews. Hitler youth movements formed (activists and military groups), Jews lost their jobs and were kicked out of schools, and Mein Kampf was translated into Arabic. Interestingly, Basri noted that the Germans “took out the part about the Arabs in there so that the Arabs wouldn’t feel badly that they considered them very inferior.”

“Hitler’s ideology was exported to Iraq and, just like Germany, laws were implemented to persecute the Jews.”

Basri has expanded on this topic in a journal published in the Fordham International Law Journal. She explains that during the 1940s, antisemitic persecution was so rampant that many Jews refrained from leaving their homes.She also notes that the two-day-long 1941 pogrom targeting Jews known as the Farhud was one of the most devastating events for Iraqi Jewry – around 200 Jews were killed, more than 2,000 people were wounded, and many houses and shops were damaged or destroyed. This antisemitism had gained a foothold in the Arab world – for example, in 1941, the Grand Mufti of Jerusalem met with Hitler to discuss how the Arab world can contribute to Hitler’s cause. Unfortunately, many Arab leaders admired Hitler at the time. “If you were an Arab nationalist,” Basri said during the event, “They embraced everything that was German.” She continued “They wanted to be part of Hitler’s Nazi Party, but the Nazis couldn’t have anybody that was … not Aryan … so the Nazis would tell them how to start like a friends of the Nazi Party.”

Another audience member asked in the chat forum, “Do you think we’re getting closer to reconciliation with the Arab world?” Basri answered “I believe that there is a great opportunity with the Abraham accords, we’ll wait and see what happens.” As you know, Basri continued, over half the Jews in Israel are descendants or were born in Arab countries.

Basri said, “So the fact that there’s an opportunity for peace, and then when you meet people, and you already share food, and music, and culture, because remember, we lived in the same place for 2700 years… And then you see the commonality of love there is between the two groups. And that’s a very potent thing.” Although, she points out that to truly embrace each other, “We’ve got to know the history.”

Regrettably, many don’t realize that many elements of Mizrahi culture have roots in the lands they lived in before their mass expulsion. Basri recalled a touching story that highlights this connection: When she took her mother to Dubai last year for her 90th birthday, her mother “came into a hotel on that day, [and] they had a band playing for her happy birthday in Arabic, and she was in tears.”

As the event was coming to an end. Basri said, “The culture is part of our identity. And it’s a joy when we can express it and feel part of it. But we also have to understand the history. And that’s where the idea of truth and reconciliation is so important to me.”

Basri shares her takeaway: “We can only do that when we own our history. Own what happened and go from there to build on that history.”